I bought a spool of Protopasta iron-filled PLA to test in a project where I need to fit a flyback transformer into a confined space. The prototype will likely be 3D-printed in PLA plastic and contain some moving parts wrapped in magnetic wire for power transfer.

For optimal performance, flyback transformers are generally wound around a ferrite core, which has high magnetic properties but low conductivity to reduce eddy currents.

Iron-filled PLA contains about 20% iron particles and therefore should yield a more efficient flyback transformer core than an air/plastic core. Its efficiency should sit somewhere between that of an identically constructed air-core transformer and ferrite-core transformer.

I constructed a circuit using a 555 timer to generate a ~30kHz square wave, which switches an IRF3708 MOSFET to drive the flyback primary. A basic RCD snubbing circuit is attached to the primary avoid damaging the MOSFET. The secondary is connected to a simple Schottky diode rectifier with a 47uF capacitor and a 100-ohm resistor load.

I built three transformers which are nearly identical except for the core material. The white PLA (left) and iron-filled PLA (center) cores were printed to match the dimensions of the ferrite bead (right). 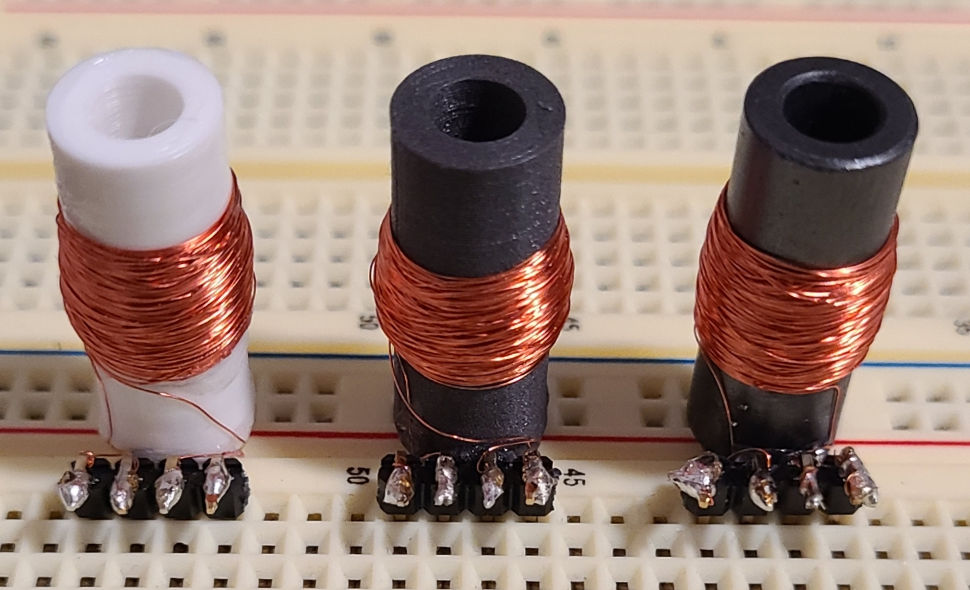 The transformers are constructed with these properties:

The power in was calculated by measuring the current into the breadboard from the 5V power supply and P = V×I. The power out was calculated from the voltage out and resistor values P = V²/R. The efficiency is equal to Pout / Pin.

The iron-infused core noticably increases the efficiency of the transformer, specifically by from 8.1% to 12.7% which is about a 50% increase. Unfortunately, compared to the ferrite core, the efficiency is still pretty low.

Also of note is that the efficiency of the ferrite-core transformer is rather low to begin with - perhaps some changes to the driver circuit or to the shape of the core could raise the base efficiency for better overall results.

Some unknowns remain - the 555 timer was clocked at the same frequency for all tests. Changing the core material might have an impact on the optimal frequency of the transformer. Considering also the noticable voltage drop in correlation with the iron content of the core, changing the winding ratio might also have a positive effect on the output power.

There may yet be more ways to effectively utilize the plastic, though based on these results, it seems to make more sense in my application to focus engineering efforts into molding custom ferrites, or by somehow integrating off-the-shelf ferrite rods into the design. 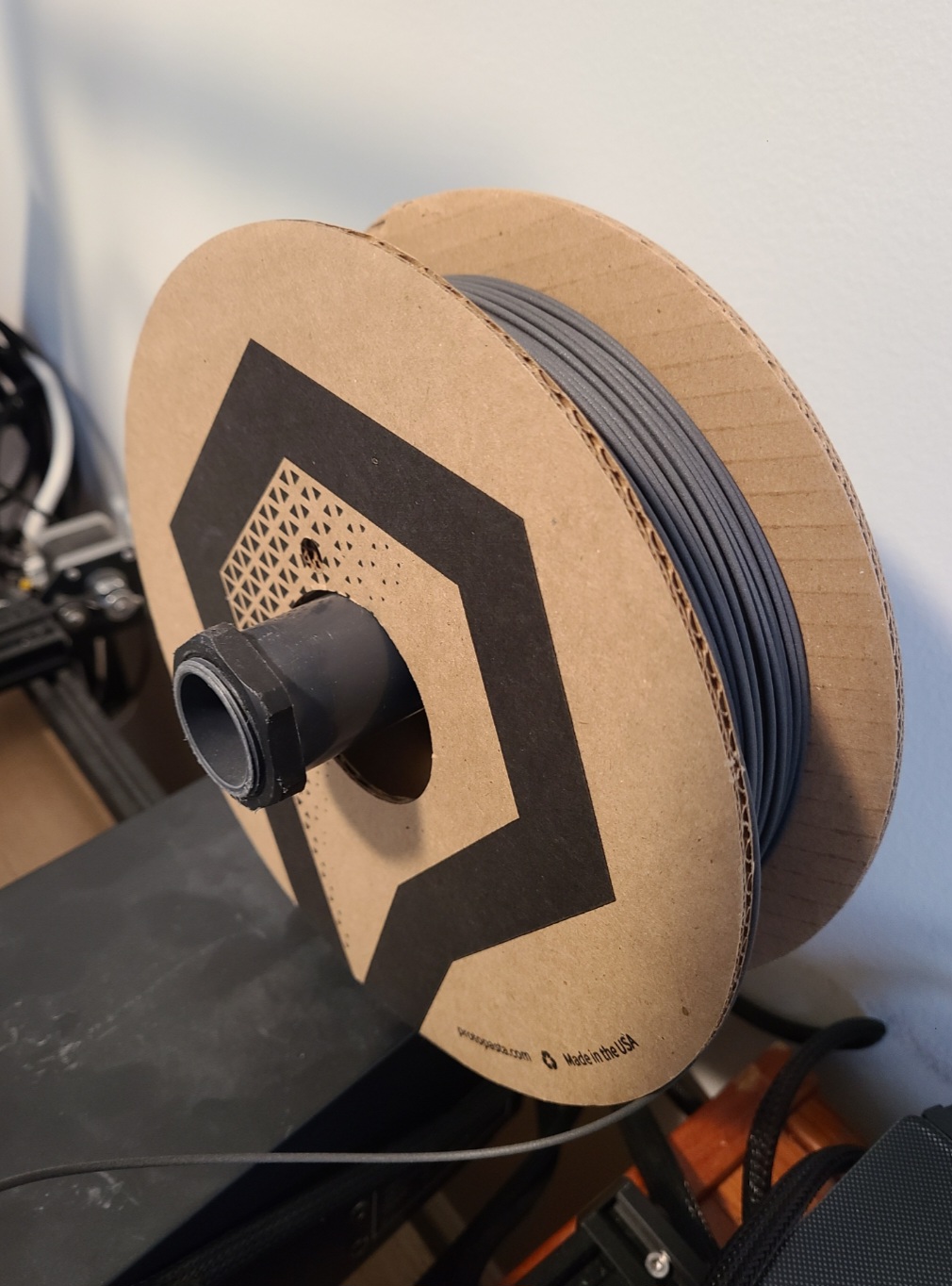